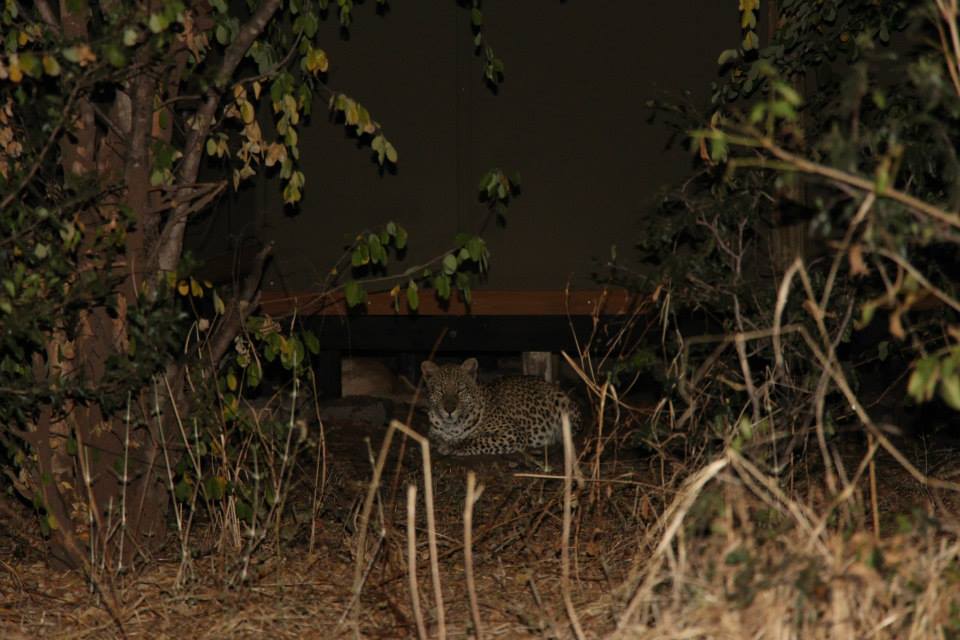 Of all Africa’s wildlife, few are as shrouded in secrecy, or so reputed for stealth as Panthera Pardus; the leopard. In north-western Zimbabwe, where leopards abound but are not generally habituated to human activity, this is especially so. To a certain impala ewe, one night in late May, a rosetted, ghostly blur appearing out of the darkness of the night was the last thing she ever saw.

Drag marks across the pathway to one of our tents were the only hint to the previous night’s events, as the kill had been made in characteristic silent fashion. What was interesting – especially given how shy these cats are and how they usually avoid contact with humans – was that she elected to stash her kill right underneath the floor of one of our tents! This particular female leopard lives in the area surrounding Victoria Falls River Lodge, her tracks are seen through camp two or three times a week on average, so she is quite familiar with the Lodge surrounds. Her choice to use a tent to shelter her kill was a calculated one – completely safe from vultures and in deep shade, so the meat would last longer. Tent 1 was also un-occupied by guests at the time, so no disturbance factors either… She ate very little from the kill on the first night, only a small portion from the soft flesh around the lower belly area. 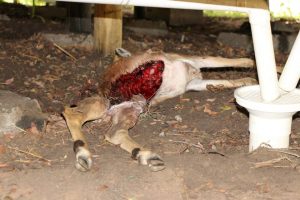 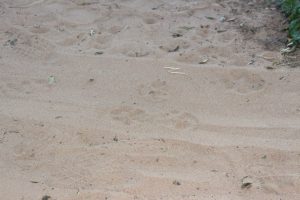 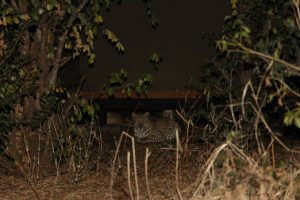 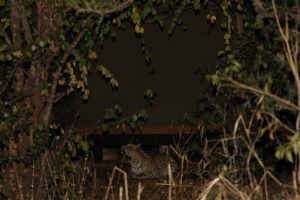 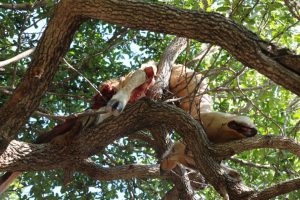 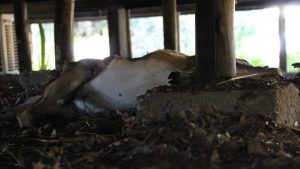 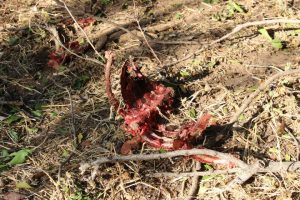 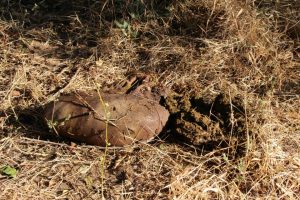 ‘Day 2’ dawned and in the hope that the leopard would return, and in order leave her kill site un-disturbed, the Lodge diverted the guests due to occupy Tent 1 to another tent. It was to be a well-rewarded decision as she did indeed return that night. Upon the return of game drive just after 6:00pm, guests and guides alike were delighted to find that she had already arrived and was feeding! It decided to let her be, as she was a little shy at first, however after a couple of hours of good feeding she relaxed considerably. All present were treated to some truly amazing views of her, as she emerged from under the tent to lie right out in the open – no more than 20 meters away! Armed with flashlights and cameras, awed onlookers were able to take some fantastic photographs of her.

Our Lady Leopard returned to her feast at leisure for a further two nights but on the fourth night, a pack of Spotted Hyenas happened upon her and her booty, forcing her to move it into a tree adjacent to the tent. By the time she had finally had enough, there were only scraps left and she vanished once more into the wilderness from where she came. We see her from time to time – one never knows when she will reappear, or where. She is like a ghost in the darkness. Her tracks have recently been seen with those of a large male, so we perhaps we will be privileged to welcome cubs to the area later in the year!

Holding thumbs!
Kindly note that guest safety is paramount at Victoria Falls River Lodge and at no stage was any person ever in danger during the above incident. The Lodge and surrounds are constantly patrolled and guests have 24hr access to Management should assistance ever be required.