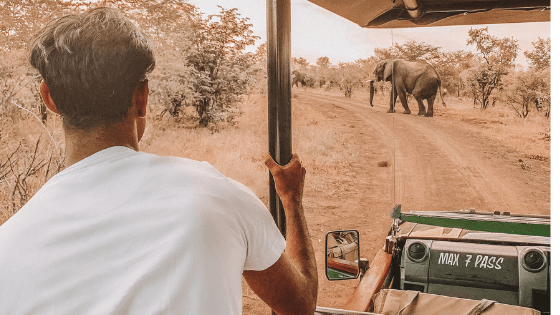 Ramzan Miah from Luton, Bedfordshire, has been modelling since the age of 17. He also works as an actor and recently appeared in Disney’s live-action remake of Aladdin.

Along with fellow London-based bloggers, social media influencers and models, India Harl and Matt Hales, Ramzan experienced the heart of Africa when they stayed in both the Victoria Falls River Lodge’s Luxury Tented Suites and Island Treehouse Suites, the two signature room type options of the Zambezi Crescent Collection.

Miah found his stay in the secluded Island Treehouse Suites truly special. “The Lodge had brilliant facilities and the food was exceptional. Everyone was so welcoming, and it was a great atmosphere to be in. It was the best place I have ever stayed in. The staff were so friendly, and they really look after you and all your needs,” said Miah.

His favourite part of the trip was the evening boat cruise. However, he also spent time enjoying some adrenaline pumping white-water rafting in the mighty Zambezi River, as well as a game drive in the Zambezi National Park, and lastly, the Victoria Falls walking tour to view the Falls.

Miah was excited to tick the Falls off his bucket list: “It was incredible and is such a beautiful part of the world.”

He sums up his stay as, “luxurious, stress-free”, “living the dream” and “an experience, and lodge, I will never forget.”