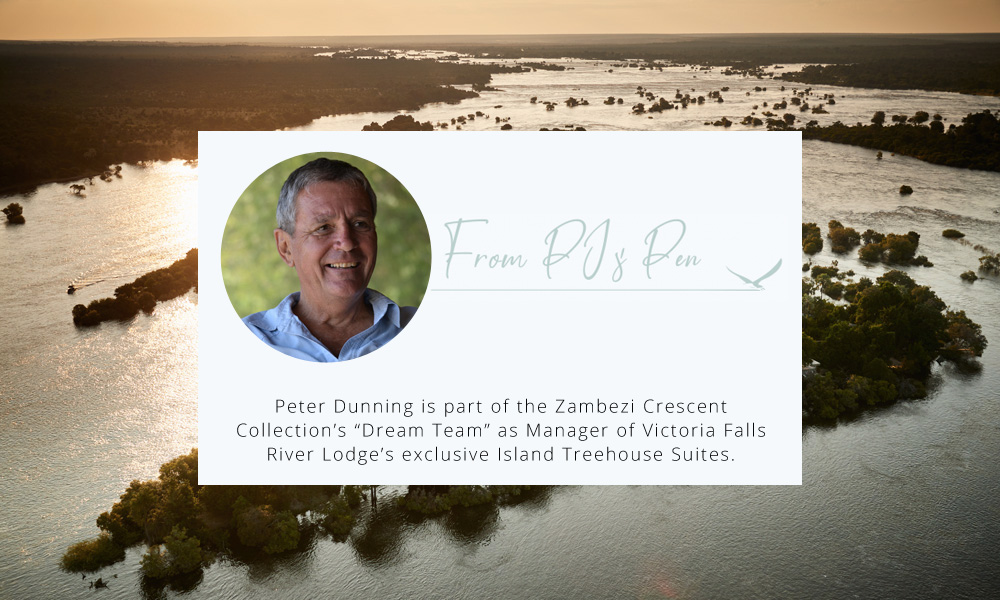 Last month I talked about the beautiful gecko that I had found, whilst unpacking a box of wine, on the Island. Thanks to the curiosity and connections of Karen Taylor (who is our Operations Manager in Port Elizabeth) the little fellow has been positively identified as Pachydactylus Oshaughnessyi – O’Shaughnessy’s Gecko. And he/she is most certainly a resident of Zambia and Zimbabwe, albeit one with Irish connections too!

As you might expect, Kandahar Island is a very good place to see Kingfishers. In the last two years, we have added 6 to our Island bird list, namely: Giant, Pied, Brown Hooded, Half Collared, Malachite and Woodland. Khetho Ncube took these great photos of a Giant Kingfisher on our jetty on 29 June this year. The baby tigerfish that he caught for his breakfast is almost bigger than he is.

Most of the species come and go, but we think we have a permanent resident pair of Giant Kingfishers and at least one pair of Pied Kingfishers on the Island. Not many people know it, but the Giant Kingfisher is the second biggest Kingfisher in the world, after the Kookaburra in Australia. Their raucous call is very much a part of the soundtrack of the Island, along with the well-known cry of the African Fish Eagle and the grunting of hippos.

As I have mentioned in previous blogs, we are anticipating a record low water level on the Zambezi this year. In 2018 the river bottomed out on 15th November, so in theory, we have five months of drop left to go.

In the two years that we have lived and worked here, we have only once seen a single Cape Buffalo, a single Waterbuck and three Warthogs on the Island, always in the low water months.  Baboons try to visit us once annually, and usually, a big troop arrives in October, when their need for food overcomes their fear of the water. We have always managed to chase them off immediately, and they stay away for another year.

This year I am anticipating visits of more species of mammals and in greater numbers, as the Island will certainly almost join up with the Zimbabwe main bank via the shelf of basalt outcrops to our west.

Last year my camera trap posed us with a fascinating mystery when it photographed a tail. The consensus amongst the guides is that the tail in question belonged to one of the genet cat family, but we have never seen one here, so maybe he/she was a once off visitor?

On 30th July we proudly celebrated our second birthday.  We welcomed our first guests on 30 July 2017, with only 3 rooms open.  We opened rooms 4 and 5 on 1 October that year, and our last room, number 6, was opened on 20 April this year.

Looking back on my notes from the build, I am reminded that an astonishing 39 wheelbarrows of concrete were poured into each hole that was dug by hand to house the poles that hold each treehouse up.

Since the end of July 2018, a total of 1,664 guests from all corners of the planet have slept at least one night in one of our beds on the Island.

The majesty of Victoria Falls continues to blow tourists away, and we will continue providing them with a peaceful and beautiful place to sleep whilst they are here. 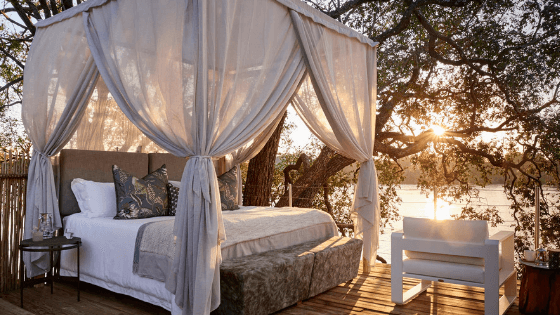