Stand up for elephants with ZEF in Central Park 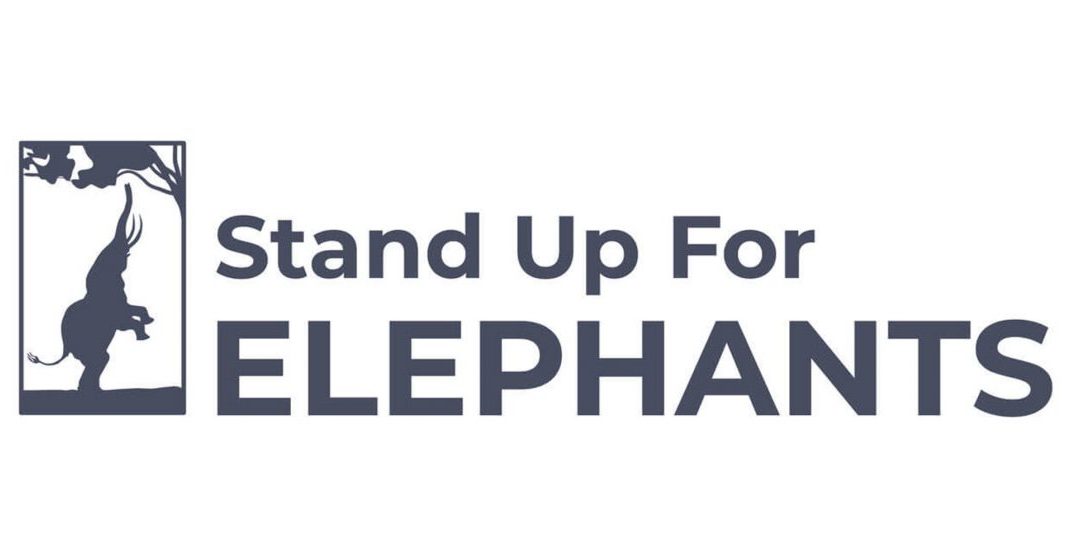 Due to widespread continued poaching, between 10 000 to 15 000 elephants are killed every year.

To raise awareness of the elephant poaching crisis in Africa, American sisters Laura and Sarah Robertson initiated the Central Park Saving the Elephants Run in 2014. A far cry from the lush African bush, the 10 km run/walk takes place during mid- November (before the Thanksgiving holiday) every year in Central Park, New York City, during freezing cold (often snowing) weather conditions. In 2018 the Zambezi Elephant Fund (ZEF) became sole beneficiaries of the Run for that year.

ZEF works collaboratively with the Zimbabwe Parks and Wildlife Management Authority, NGOs and the private sector to help develop, implement and manage anti-poaching and conservation operations in Zimbabwe. 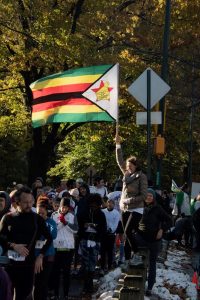 Zimbabwe is home to the world’s second largest population of African Elephant and between 2002 to 2014 there was a 40% loss of elephants in the Lower Zambezi Valley. ZEF Marketing Consultant, Laura Taylor said ZEF continues to make an effective impact by supporting on-the-ground implementing partners, focusing on ranger welfare and working with local communities. 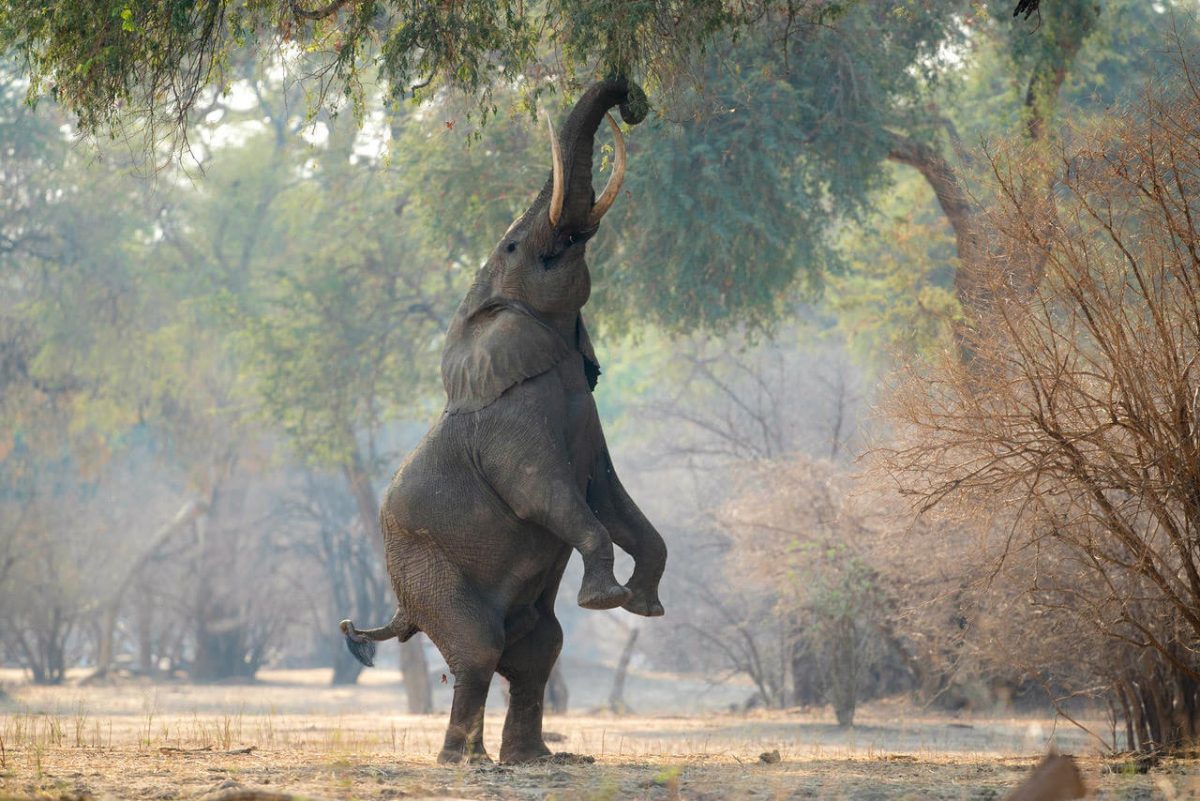 Over 650 people registered to run or walk in 2018, and this year the team at ZEF hopes to inspire even more participants with the story of Boswell, a 45-year-old elephant bull who hails from Mana Pools on the banks of the Zambezi River in Zimbabwe.

“He and a few other bulls have developed a unique bi-pedal approach to feeding, reaching up high on their back legs to pull down the tender leaves and branches of the Faidherbia Albida. Boswell has been fitted with a radio collar that can at least alert parks staff and researchers when he heads out of the core protected area or gets close to any hunting concessions that border the park.”

“Although this gives him a better chance than others of his kind, his future is by no means safe. Sadly, some of the other Mana Pools bulls have been poached and there is a fear that these amazing elephants might also fall victim to the poachers if they stray into their wet season feeding haunts away from Mana’s protected areas,” said Taylor. 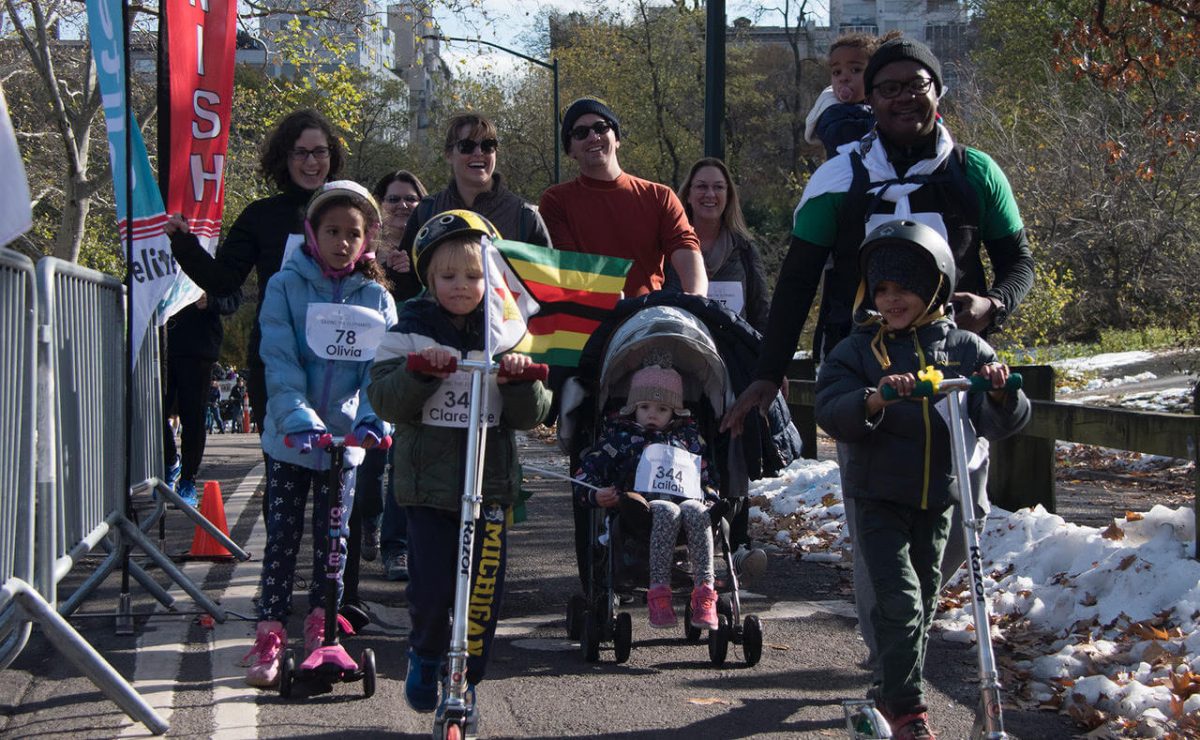 ZEF is encouraging walkers, runners and fundraisers to “Stand Up for Elephants” – just like Boswell does for his favourite snack – by participating in the annual Central Park Saving the Elephants Run on Saturday, November 16. 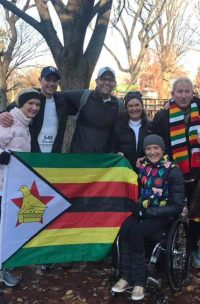 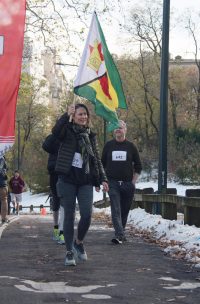 While some participants had encountered elephants during overseas safaris, others are simply wildlife lovers wanting to make a difference. To top this wonderful feeling of being part of a meaningful cause while creating awareness of the plight of the African elephant, participants stand a chance to win a dream safari trip to Zimbabwe.

For more information or to register for the run, please visit www.savingtheelephantsrun.org