The Big Apple stands up for Zimbabwe’s Big Ele’s 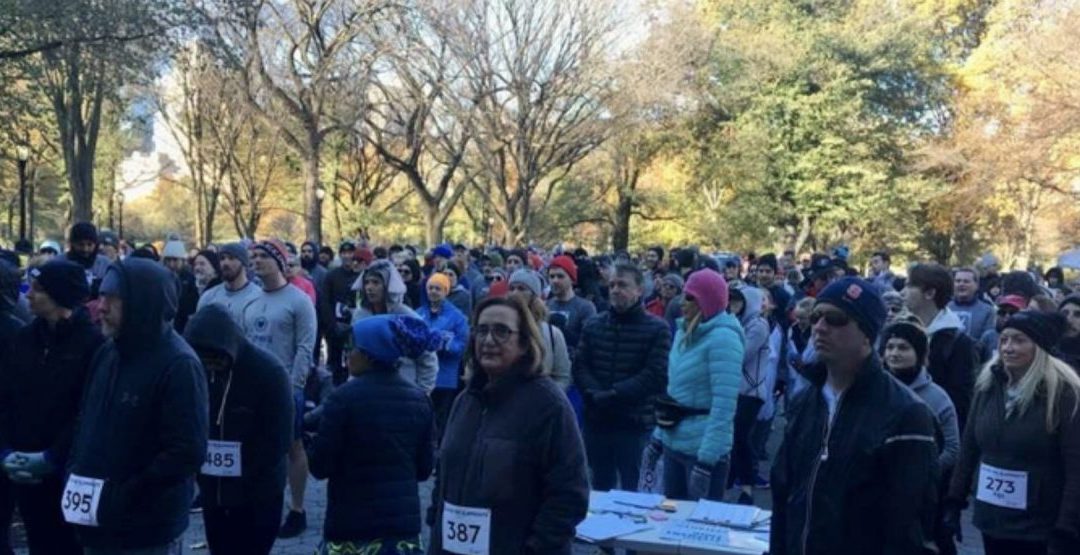 You may recall our blog about the fundraising event taking place in Central Park, New York, to raise awareness of the elephant poaching crisis in Africa.  Victoria Falls River Lodge supported this transatlantic fundraiser by sponsoring a prize –  you can read about it HERE

Below is an update from Laura Taylor, who works for the Zambezi Elephant Fund (ZEF) Marketing Team, on how the Central Park Saving the Elephants Run, which was in aid of ZEF, went: 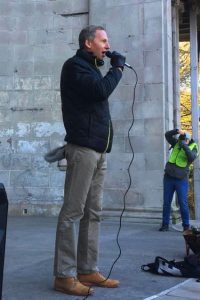 “November 16 was a beautiful, crisp, clear morning in Central Park, New York (about -1 Degrees Celsius…. freezing!), with a few hundred runners and walkers (some resplendent in elephant suits or hats) and all the Fall colours on the trees.

Forrest Galante (host/producer of Animal Planet’s Extinct or Alive series, who is also Zimbabwean born) came all the way from Los Angeles to support ZEF and #standupforelephants and indeed we all did, literally. On Forrest’s instruction, we all crouched down low and then leapt up and yelled: “I stand up for elephants!” before the race.

Laura Robertson (co-founder with her sister, Sarah, of the Saving the Elephants Run) welcomed everyone to the event and James Egremont-Lee, ZEF’s Executive Director, thanked all those who had turned up in such unfriendly temperatures – including all the supporters, organisers, volunteers and donors. The atmosphere was happy, fresh and fun.

There were some serious runners, who zoomed past this intrepid jogger at full speed, and then there were the more relaxed strollers, who enjoyed the scenery and catching up with friends, the tall buildings rising up behind the park trees and a biting, cold breeze in the air.

10 km later, some of us congregated at Central Park Zoo to listen to a great Zim-style music band and award the highest fundraiser (Elizabeth Berry) with her prize (a 6-night safari for 2 people in Zimbabwe) – and a lucky prize draw for an over-$500 fundraiser (Fiona O’ Doherty) for another 6 night safari for 2 to Zimbabwe (which includes two nights at Victoria Falls River Lodge).

Congratulations to them and huge thanks to all those who registered and fundraised in support of Zambezi Elephant Fund’s efforts.