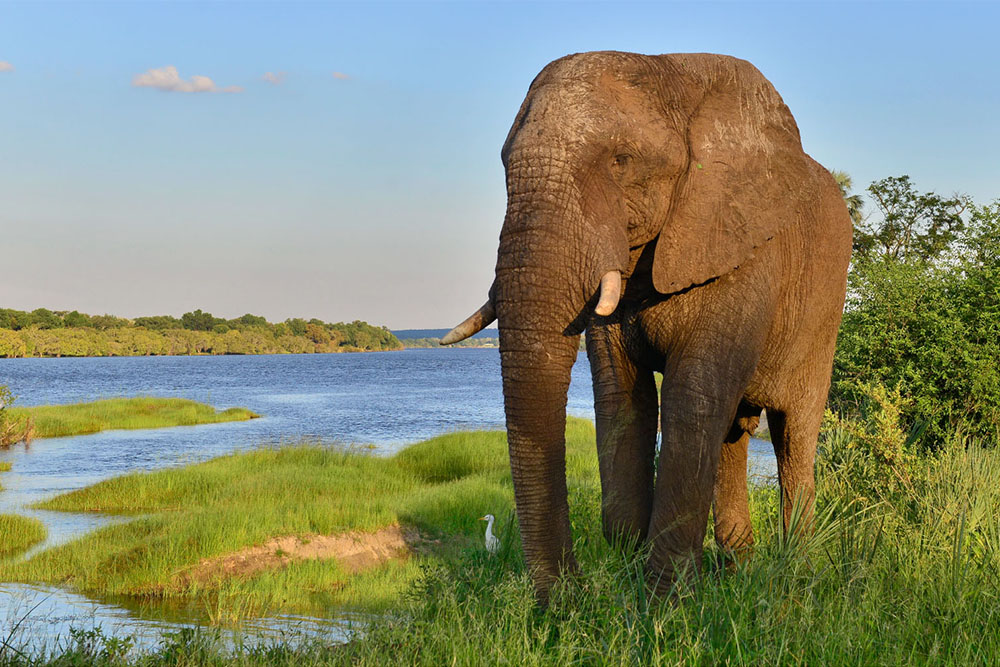 Now more than ever, we’re certain you’ve dreamt of heading to a faraway destination at least once. One that looks nothing like your living room; or any other familiar four walls for that matter, but includes a Safari tour, breathtaking natural surroundings, and luxurious  surprises instead. If this is you, allow us to recommend southern Africa.

With exclusively guided tours, great national parks, and her ever so friendly people; we couldn’t think of anywhere else you’d like to visit once all the travel bans have been lifted, health and safety have been restored to all, and you’re free to roam the earth once more. 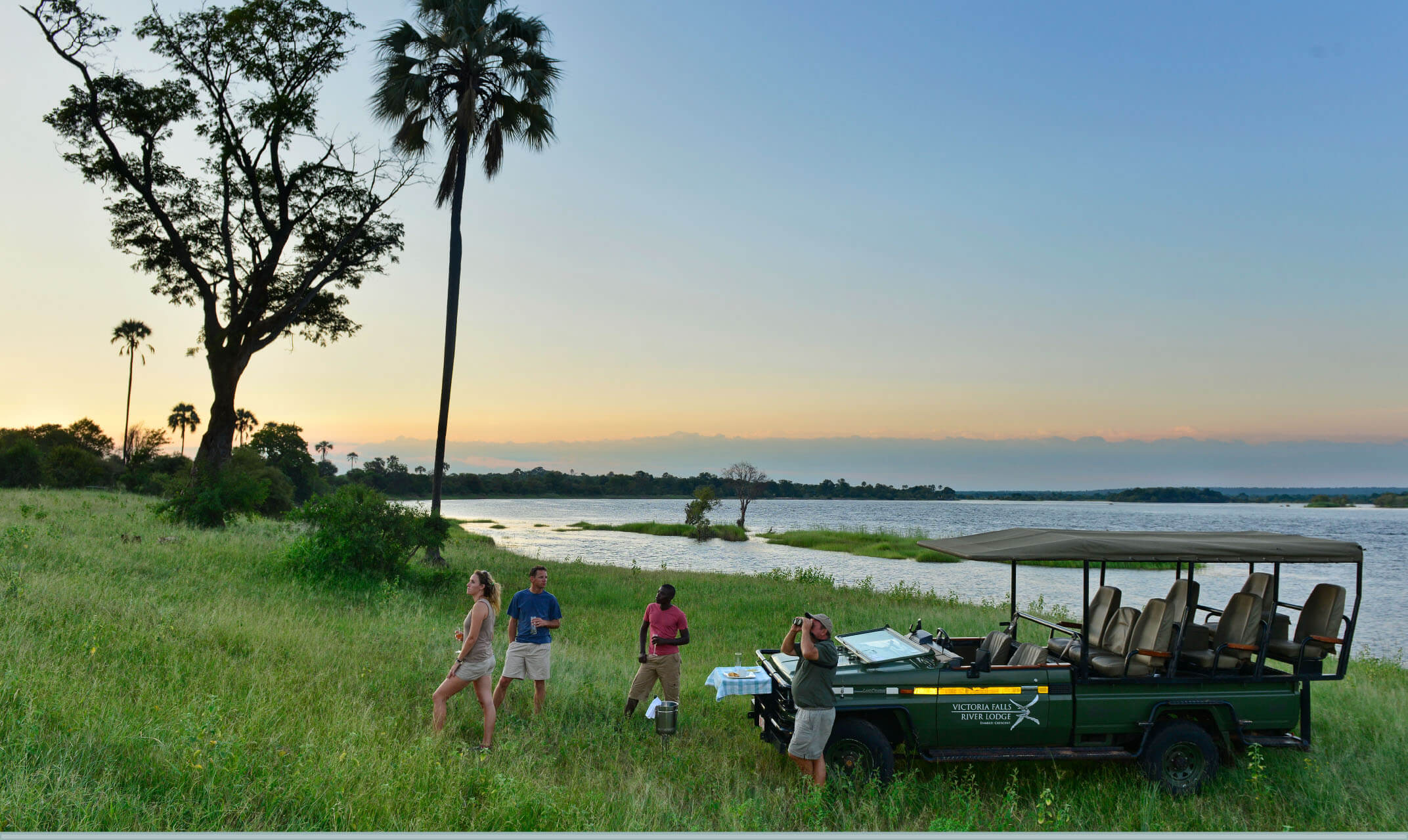 Now, what if these were only a few motivators that could entice you to visit? What if we told you that there were many, many, many more reasons to head to the region – more specifically – Zimbabwe? And that these reasons far exceed your average list of 3 pickings?

Would you book your flight in 3 clicks? We’re almost certain you would!

Take a look at our list of tangible reasons that make Zimbabwe a top travel destination and allow yourself to dream a little longer:

1. More than one UNESCO world heritage site: In fact, there are five (2 natural, 3 cultural).

UNESCO sites are handpicked landmarks chosen for their “outstanding universal value,” and Zimbabwe hosts a charming 5!

First on the list is the impressive Great Zimbabwe Ruins: A fallen stone city – with construction dating as far back as 11AD – it predates the Roman Coliseum by a whole 59 years!

The remaining 4 are just as impressive and listed below – in no particular order:

Mana Pools:  a wildlife conservation area with magnificent views of the Zambezi River and mountains of the Rift Valley over in Zambia.

Matobo Hills: home to the largest collection of rock paintings in southern Africa.

Mosi-oa-tunya / Victoria Falls:  Possibly the number one reason most people visit Zimbabwe– but, more of that later…

When considering taking a vacation, most people try their best to negotiate two things: a busy tourist season, which usually ensues during the hot summer months, and travel costs which are often influenced by peak summer months.

The best part of visiting Zimbabwe? The weather is suitable for travel year-round. Though the nights may cool down during the winter months of June, July, and August, the temperatures are far from anything you would experience in Europe, giving you the freedom to complete almost all the activities you’d do in the summer. The days are often cloudless, and game sightings continually increase.

September to October is great for game drives and long days spent at leisure around the pool with temperatures heading into the ’20s/ ’30s (degrees Celsius); bringing some of the year’s hottest days. Though the rains come in December, January, February, and March; this shouldn’t dampen your travel plans as this frequently means the scenery is greener and, as the latter months fall within the area’s “green season” – lower rates are an added bonus.

Bird watching is also great during this season and it’s a lovely time to see new-borns with many animals giving birth in the wet season. Typically April to October see almost no rain, clear blue skies and lots of sunshine; a huge win if you’re not into bugs, meaning there are also fewer mosquitoes. Although this is considered high season, the parks aren’t usually crowded despite the vibrant town of Victoria Falls always being a popular choice. Just as we said – great travel weather year-round!

Whether you’re excited to metaphorically travel back in time, or enjoy scenic views and the wide range of wild animal species Zimbabwe has to offer; a walking Safari is an activity you definitely should mark as “to-do” now that you’ve made your decision to visit. Move at nature’s own pace as you’re guided by a trained professional through the African veld.

Feel at one with the wildlife and learn about the local ecosystem as you go. If you’re staying at our Lodge, we offer walking safaris into the Zambezi National Park, giving you the opportunity to truly experience Africa in an authentic way. What better way to end the day in the bush than coming home to our luxurious retreat on the shaded banks of the Zambezi?

As mentioned before, this is one of the top reasons people make their way to Zimbabwe, and rightly so. Not only are the Victoria Falls one of the UNESCO world heritage sites, but they’re also recognised as one of the most spectacular natural attractions on the continent. The Victoria Falls offers a variety of extreme outdoor activities, a fantastic sensory experience, and allows visitors the opportunity to experience a matchless adventure.

Because the weather is always decent, Zimbabwe offers an array of festivals year-round. Whether you’re someone who enjoys jazz music or would like to have a look into the traditional dance scene, Zimbabwe probably has a festival for you. From book fairs and food festivals, all the way to the arts, marathons and the world-renown Vic Falls Carnival Zimbabwe is buzzing with festivals waiting for you to make them your own.

With an abundance of things to do and see, as well as an abundance of photo-ops and experiences to be taken and had, we reckon that if this compilation hasn’t yet convinced you to take the leap and book your trip to our beautiful Zimbabwe, we aren’t sure what will.